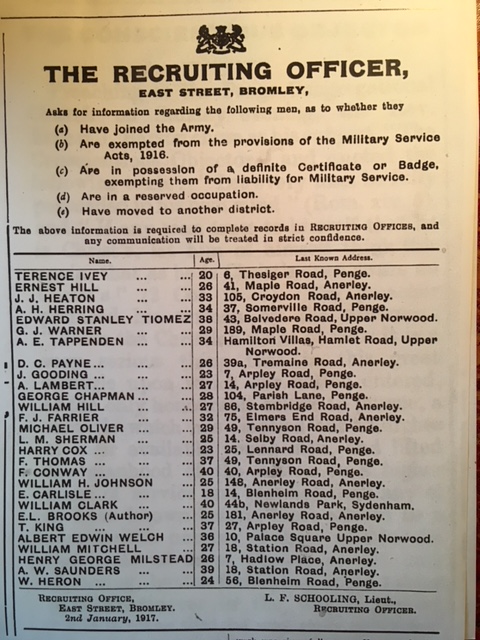 May 15th was International Conscientious Objectors Day, which makes this a good time to look back to the First World War, when the concept of the ‘conscientious objector’ first appeared. I’ve been researching the home front in Penge during that War, when ‘conshies’ stirred up real passions.

Penge’s population in the early years of the twentieth century was mostly skilled working class, and lower middle class. It was a dormitory suburb for clerks in the City, with regular trains to Blackfriars (then called ‘St. Paul’s’) and London Bridge; and for workers in the West End, catching the train to Victoria. There was also the Crystal Palace, whose visitors spent their money in local shops and pubs. There was poverty, but far less than in other South London districts such as Lambeth or Greenwich. With an Urban District Council dominated by the Conservatives, Penge was quietly respectable.

Respectability was closely linked to religious observance. Active church attendance across London was notoriously low, but this co-existed with a widespread passive acceptance of Christian religion and morality. Most of Penge’s local worthies, councillors and community leaders, declared allegiance to one or other of the area’s churches or chapels, and this was clearly regarded as both normal and creditable.

But, as in previous eras, there was a tension between respectable church attendance, and the radical potential of the Biblical message. The sixth commandment did not say ‘Thou shalt be respectable’ but ‘Thou shalt not kill’. With the advent of the First World War this tension was exposed. So far I have only found evidence for a handful of men who identified themselves as conscientious objectors in Penge, but all of them rooted their objection in their Christian faith.

In early 1916, soon after conscription (compulsory military service) came in, Mr. A.W. Oakley of Cintra Park appeared before the Penge Tribunal, established by the District Council to deal with local men who objected to being called up. Oakley was a self-employed tailor, with a wife and an elderly mother. He could have argued that he was their only means of support: it was an allowable argument, which sometimes won a reprieve if not an exemption. But he argued on the grounds of his faith. He was a Christian, a Baptist, and “he could not take part in warfare … he would rather go to prison”. The Tribunal gave him non-combatant status.

John Hill, of Station Road in Anerley, was also declared non-combatant when he argued that military service was incompatible with his Christian principles. He was required to join the ‘Non-Combatant Corps’ with the rank of Private. This was an Army Corps set up specifically for conscientious objectors: its members wore uniform and were subject to regular Army discipline, but they were not required to fight, and worked instead in support roles, building, cleaning and so on. Although distant from the killing fields, they were in the Army, and liable to court martial if they made trouble. John Hill made trouble. Once in the Corps he refused to obey orders on the grounds that he had never agreed to be a soldier. In November 1916 he was court-martialled and sentenced to hard labour.

Finally, H. Woodbank and G. Stephenson, lived at Lime Villas in Oakfield Road. They were members of, and may even have been employed by, the Bible Brotherhood. They argued that their Bible work was “essential” and therefore they should be exempt from military service. The Penge Tribunal gave them the benefit of the doubt, but this was over-turned at the next level up, the West Kent Tribunal in Bromley, which ruled that they must fight.

These decisions were taken in an atmosphere of overwhelming hostility to conscientious objectors. By 1916 it was widely understood that this was a war of mass slaughter, but the effect of the slaughter was not to undermine the willingness to fight, but to strengthen it. Because so many had already been lost, the majority view seems to have been that the country must press on so that they would not have died in vain. Hence the hostility to conscientious objectors, who seemed to put their own private principles before the lives of others. And this hostility was expressed not just in the press, or on political platforms, but also within the Christian faith from which the objectors drew their inspiration.

In March 1916 the Reverend Ernest J. Barson, minister at Penge Congregational Church, used his weekly sermon to attack conscientious objectors who claimed that war was contrary to Christianity. 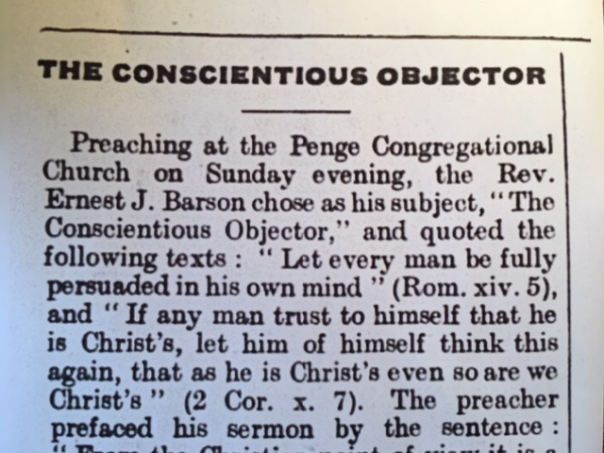 Barson wasn’t particularly reactionary: politically, if anything, he was a progressive. Nor was he the sort to send others into danger while staying safely at home himself; for several months he served as a YMCA volunteer on the Western Front. 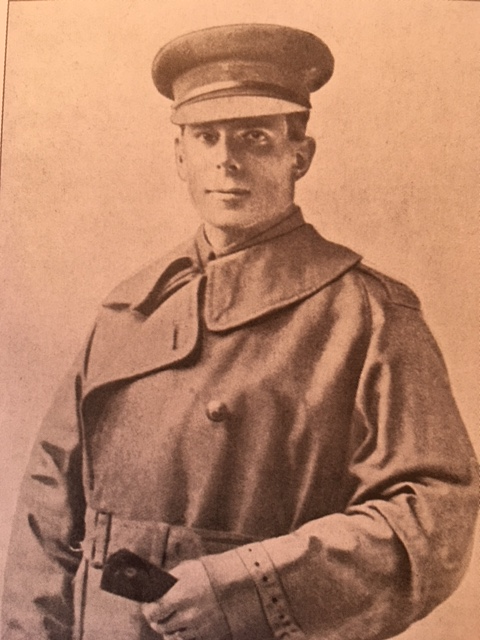 Text images are taken from various editions of the Penge and Anerley Press from 1916.